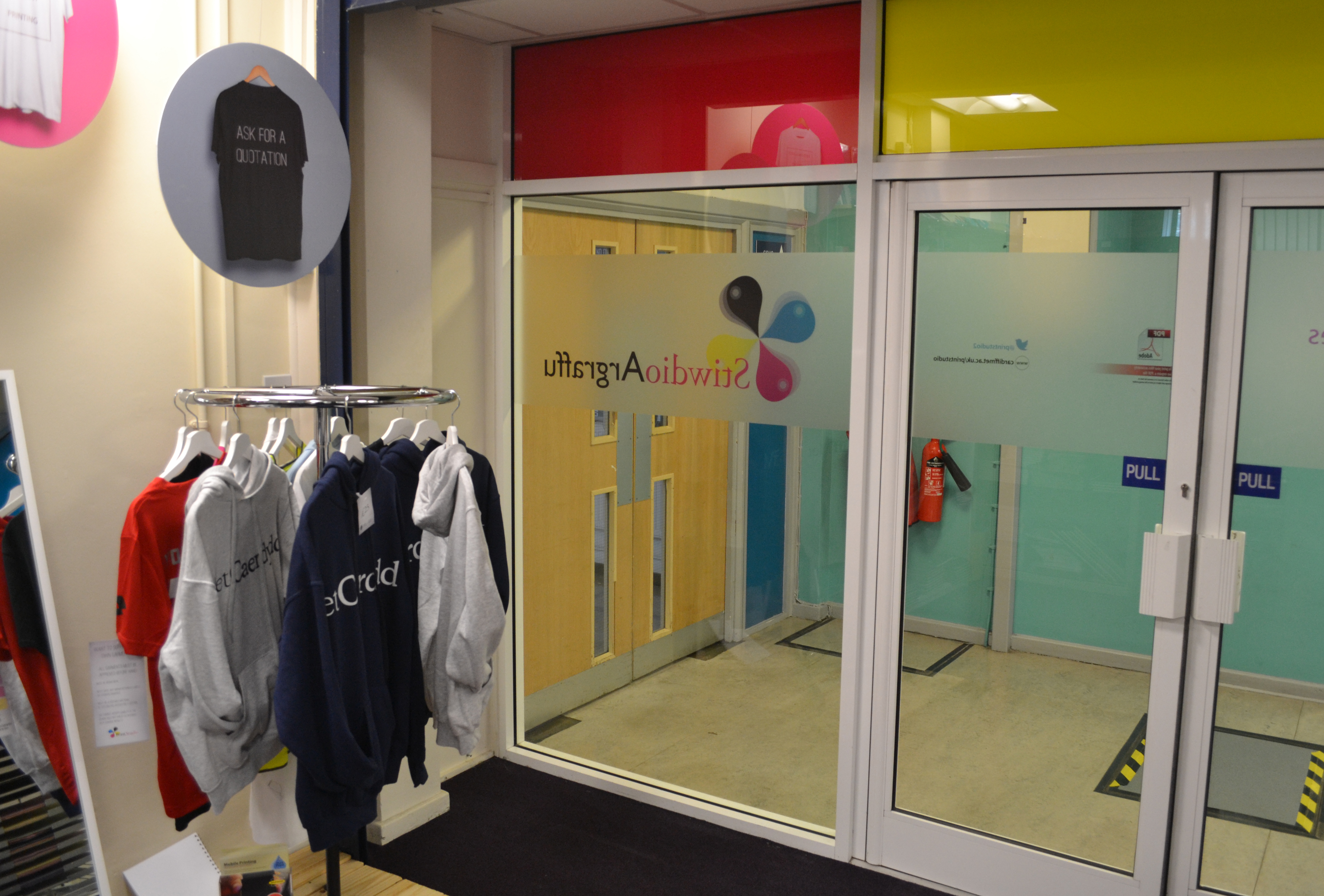 Inspired by a trip to Roland DG DG's Creative Center, Cardiff Met University's PrintStudio soon purchased a Roland DG machine of their own to increase their offering and grow the commercial side of the business

Following a history of high quality printing with Roland DG technology, the team at PrintStudio, Cardiff Met University's print service, have added the VersaUV LEF-200 desktop printer to its repertoire following an inspiring visit to the Roland DG Creative Center. The machine, which is a predecessor to the LEF-200, instantly impressed PrintStudio supervisor, Richard Ashdown.

He commented: "When we were first shown the LEF-20 I couldn't believe the vast range of objects it could print directly onto, even objects with curved surfaces. I kept on trying to find something that it wasn't able to print on but to no avail – safe to say, we soon snapped one up!"

Taking inspiration from Roland DG's innovative applications on display at their Creative Center, the PrintStudio team fully immersed themselves in exploiting the diverse applications possible with the newly installed LEF-20 to achieve their vision of becoming a one-stop shop for their customers.

Richard said: "Adding the VersaUV LEF-20 printer has allowed us to offer our customers an even wider variety of products such as personalized pens, USBs, awards and many more. Not only is the finish of the products we produce better than ever before, but we're able to provide a quick turnaround on items that have traditionally been ordered externally in large quantities. One of the first jobs that we utilized the LEF-20 for was printing braille signage for use across the university's campuses, something that would have previously been externally sourced."

PrintStudio purchased its first Roland DG machine back in 2008, and ever since, the business has enjoyed a long-lasting relationship with the technology manufacturer; purchasing a further two print and cut machines - a VersaCAMM SP-300i and TrueVIS VG-540.

When the company's previous inkjet printer from a competitor came to the end of its working life, the PrintStudio team took the decision to look into finding a new supplier. Unconvinced by the previous machine's reliability and keen to expand into new market areas, PrintStudio decided to explore the opportunities available with Roland DG as a leading manufacturer in the durable sign and graphics market.

Speaking about their first experience with Roland DG almost ten years ago, Richard Ashdown, PrintStudio supervisor at Cardiff Met University said: "We were first drawn to the Roland DG VersaCAMM VP-540 wide-format printer because of its integrated print/cut technology - something which I'd personally never seen before. This meant we were able to work at a much faster production pace than usual when undertaking common jobs like student posters, and could also explore printing with other medias such as window graphics, wallpaper, outdoor banners amongst others."

The rise of the internet had resulted in the decline in demand for basic print services at the University, as handouts from lectures are now accessed online rather than printed. As a commercial business, it's key for PrintStudio to consistently expand its offering into new areas to stay relevant and competitive – and Roland DG technology, with its ability to deliver high-quality results on a wider range of medias and outputs, provides this in abundance.

Richard said: "We never know what someone is going to ask for next, so having the versatility to offer a wide range of media with machinery from Roland DG gave us confidence in finding a solution for our customers every time. Since we began investing in Roland DG machines, we have been able to capture more internal work that would have been previously sent to an external supplier such as window and wall graphics, indoor and outdoor banners, printed wallpaper and cut-out stickers, ensuring that we continue to provide added value to the university and its students."

Now a Roland DG customer for nearly a decade, Richard's loyalty to the brand has not wavered. Having first been impressed by the versatile capabilities of Roland DG's technology, it is the reliability and customer service that has resulted in him expanding his family of Roland DG machines over the year.

"In over ten years, I've only ever had to make one service call to Roland DG, which goes to show how reliable its machinery is. The customer service has also gone above and beyond my expectations, with the team constantly providing training to ensure we are fully proficient to take advantage of the machine's capabilities and creative inspiration to help us diversify our product offering."